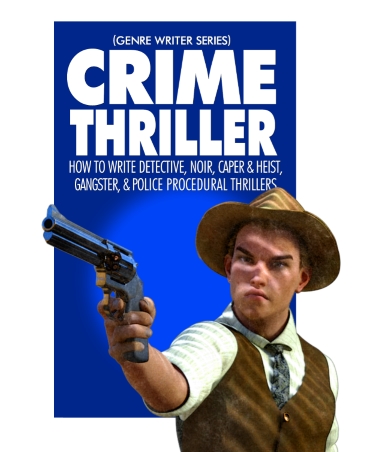 If you are seeking inspiration for the sort of cases your private detective can investigate, have a look at this list of suggestions — Investigations.

Below are links to the YouTube videos referred to in the car chases chapter in Crime Thriller.

It has been suggested that this film from 1903 contains the first car chase on film:

Jordan MavAvoy’s article ‘How All the Best Car Chase Scenes Are filmed’ on the Interesting Engineering website has links to some great movie car chases and stunts:

How All the Best Car Chase Scenes Are Filmed

Ross Peacock has an interesting video essay called ‘The Art of the Car Chase’ on his Rossa­tron channel on YouTube:

The Art of the Car Chase

And there is another great video essay ‘Baby Driver: What Makes a Good Car Chase?’ by Nelson Carvajal on the Fandor website:

I also like the video ‘Why Do Action Scenes Suck?’ on the Corridor Crew channel on YouTube – it isn’t about car chases specifically, but many of the points raised are relevant:

Why Do Action Scenes Suck?

If you don’t want your action scenes to suck, check out the advice on Ian Healy’s website — the link below will take you directly to his article on chases, but look around his site and you’ll find advice on creating all kinds of actions scenes.

10 Types of Action Scenes: The Chase

Daring Daylight Robbery from 1903, filmed in Sheffield, England by Frank Mottershaw may be the first film to feature a burglar.  I’m not sure whether it can genuinely claim to be the first action film, but still…

Probably the most famous film about robbers ever made, and one that gave its name to several real life train robberies:

Here is a link to a training video on surveillance techniques — the first image suggests that this is a CIA training video, but it is obviously a British training video. There are no credits to indicate who originally produced it. The date for it is given as 1974.

You’ve just got to love a video titled ‘Autopsies for Authors’  which is what Joanna Penn has called her interview with forensic investigator Geoff Symon. You can watch it on her Creative Penn YouTube channel which also has loads of other useful videos for writers.